These are horses that have featured on the blog, but that I no longer own. 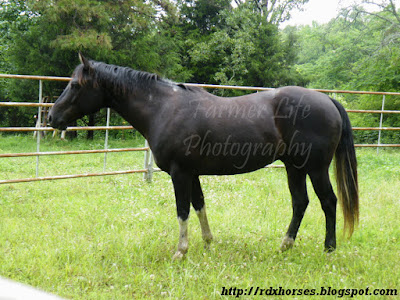 Name: Rocky
Nicknames: Rocks, RockStar, King of Side Eye
Sire: Unknown, but was pinto colored and registered AQHA or APHA, not sure which
Dam: Unknown, but was black and registered AQHA
Breed: Quarter Horse/Paint
DOB: 2004
Height: 14.3hh
Weight: 1278lbs
Color: Black Sabino
Markings: Front socks to knees and rear socks to fetlocks, black hooves with left hind half white (on inside), tiny snip/disconnected stripe on lower face, ermine spots, white ticking all over, but especially on flank and withers, some white whiskers, white lips, some white mane hairs near the ticking on his withers, partial white tail.
Date Aquired: 5-30-15.
Date Sold/Deceased/Rehomed:  Spring 2019 - Gave back to my best friend.
Likes: Food! Being boss.  He was always the low man on the totem pole so he's loving ruling the roost here.
Dislikes: Leaving his herd and having his hooves soaked for thrush.
Barn Colors: Coming soon.  Hubby hasn't decided yet.
History: His sire (a show horse) broke into the neighbor's pasture, so the breeding was not planned. The old man who owned the mare died and the family sold his dam to a friend of my friend C. After Rocky was born the friend sold his dam. C played with and trained Rocky from the day he was born. She started him under saddle and did all of his training. Eventually the friend gave him to C and she's had him ever since until she gave him to me. 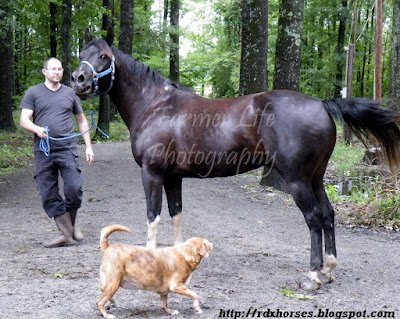 Rocky after stepping off the trailer for the first time here. 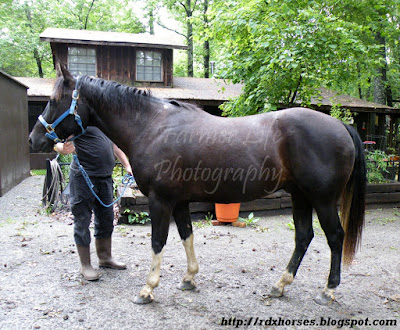 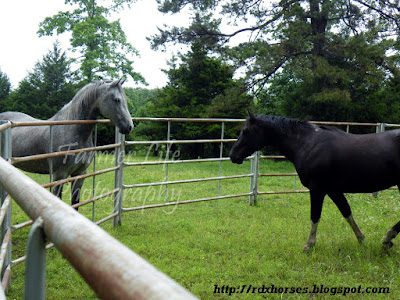 I met Rocky in 2011 when I met my best friend C.  When I went to her house to go riding for the first time together she asked me which horse I wanted to ride.  I chose Rocky, because you know me, I love black horses!  We tacked up and went for a long ride out on the roads around her house.  We came to a field and she asked if I wanted to go for a gallop.  I said sure and urged Rocky on.  He BOLTED!!  I had no control and no brakes at all.  It scared me to death.  I struggled for a minute to try to stop him, but realized it was pointless and just gave up and went along for the ride (she still laughs at how I went from fighting him to just relaxed riding in the space of a minute lol).  I have to admit it was fun and exhilarating because I hadn't galloped a horse in years.  He stopped when C stopped her horse, which I knew he would.

Come to find out after it happened that he has a bolting problem... would have been nice to know ahead of time lol.  Rocky was actually her husband's horse and she didn't really ride him that much anymore.  Her husband was possessive and didn't want people riding him so he had intentionally taught him to bolt and never trained him to have brakes.  So annoying!!  C wasn't happy about it because she'd done all of Rocky's initial training, but she was so happy her (now ex) husband was riding with her that she just kept her mouth shut.  Rocky wasn't dangerous.  He didn't buck or anything.  So that was my first experience with Rocky.  Exciting huh? 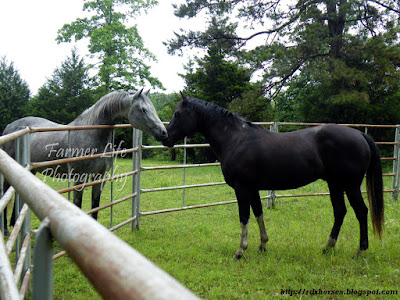 I rode him quite a bit over the next couple of years and then a lesser amount after I moved away in Feb 2013 and my friend started working on the road out of state.  So from somewhere in late 2012 until shortly before I brought him home he'd been living like a wild horse on 100 acres that belonged to a friend of C's.  Without going into a lot of personal details C ended up getting a divorce and could no longer afford to keep all of her horses.  She asked me if I wanted any of them, but at the time I was still getting over rehoming Faran and didn't want any other horses. 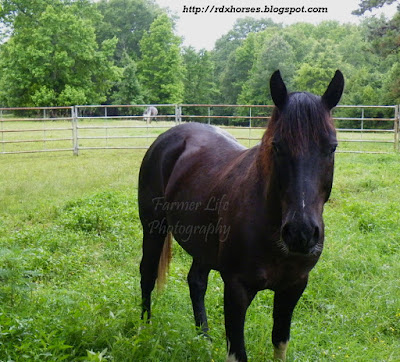 Fast forward to May of 2015 and hubby shocked me by saying he would like to have a horse to ride.  We had originally gotten Faran to be his riding horse, but it became obvious fairly quickly that he would never make a safe riding horse.  We kept Faran anyway because we loved him.  In the end we ended up rehoming him because he was just so unpredictable and I was terrified hubby would get hurt, even on the ground.  A teleporting 1500 pound Percheron can be dangerous even if you're not on his back.  I thought hubby had given up on the idea of riding, so like I said I was shocked he wanted a horse.

The horse he had in mind was one that a neighbor was selling, but when I found out how young he was and that he was an auction horse that they hadn't had very long I was leery.  The whole point was finding a safe horse.  I didn't want to deal with a bunch of unknowns again.  My husband is a great rider and perfectly capable of dealing with a young horse (probably more so than I am because he's not scared), but I can't risk him injuring his back again, so I said no. 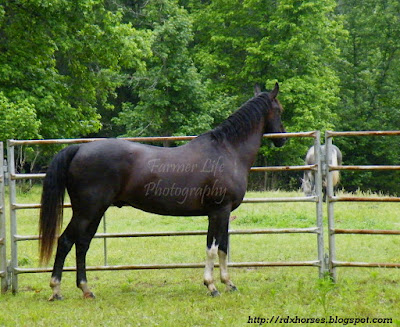 After some thought I remembered C asking if I wanted any of her horses and I immediately thought of Rocky!  I'd loved him since I set eyes on him and would use any excuse at all to have him.  I brought it up with hubby and he agreed.  Rocky is a really solid, dependable horse as long as you don't gallop him haha! 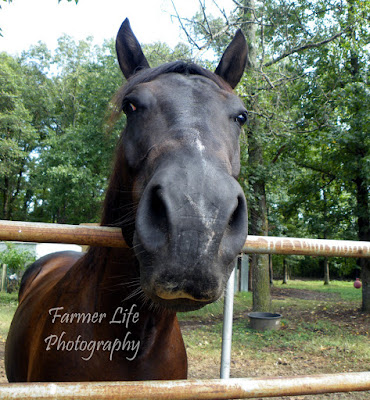 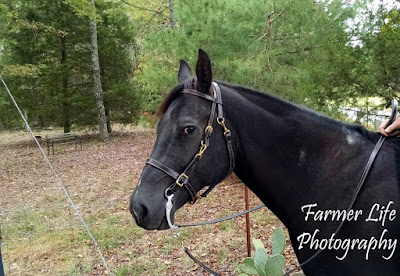 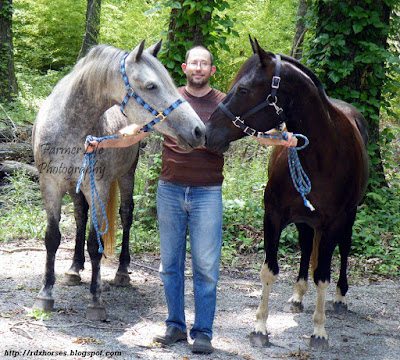 The best part is he and Chrome love each other.  :D 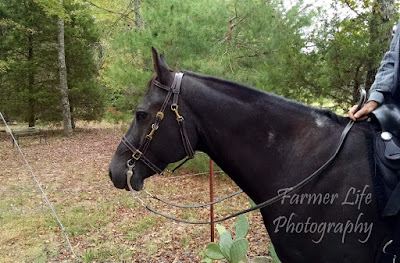 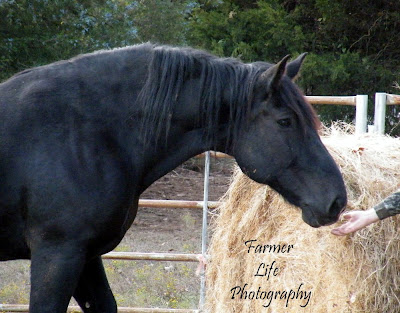 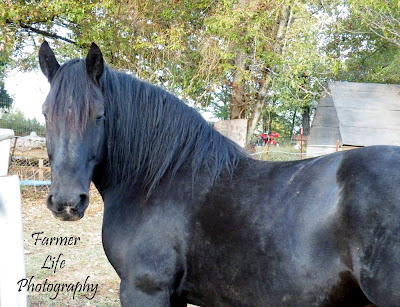 My husband's favorite breed of horse is the Friesian (as is mine), but he also loves draft horses, so although we weren't looking for another horse when we heard about Faran we had to go see him.  Everyone described him to us as a Percheron that looks like Goliath from Ladyhawke.  How could we not go see him?

Not much is known about his history.  The very nice woman we got him from got him as part of a trade.  She runs a business of horse drawn carriage rentals so a pretty black Percheron would fit in perfectly.  Unfortunately Faran had been used as a logging horse, so although he was taught to drive he'd always been in a team and pulling heavy objects, which meant he was not the right horse to go on solo carriage rides.  She said he was too skittish and didn't have the confidence to go out alone.

When we went to see him all of that information was confirmed.  He was definitely skittish and didn't even want to be caught.  We took our time with him and eventually got him loaded on the trailer and brought him home.  Given time, consistent work and the power of clicker training he's come around a lot in the short time we've had him.  We can work him at liberty, catch him on thirty acres, groom and  fly spray him, etc. Unfortunately Faran must be worked with consistently or he reverts back to his explosive, dangerous self, so we have decided to rehome him since we don't have the time to work with him consistently and we can't risk getting hurt since my husband already has a bad back.
__________________________________________________ 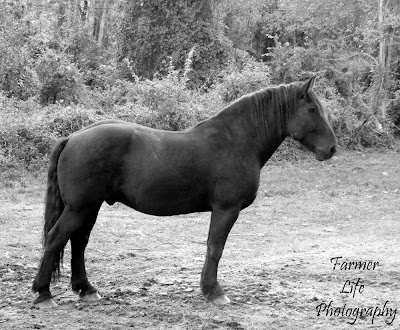 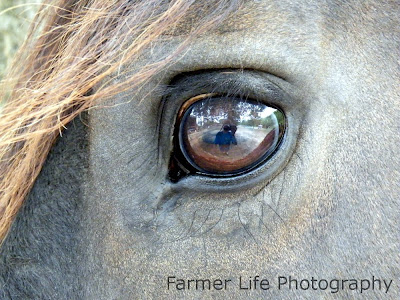 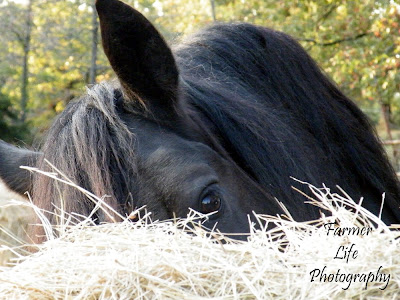 We rehomed Faran 4-19-14 due to lack of time to work with him and because my husband's back injury made it risky to work with such a spooky horse.  To read the post about his new home click HERE and to read all posts about Faran click HERE. 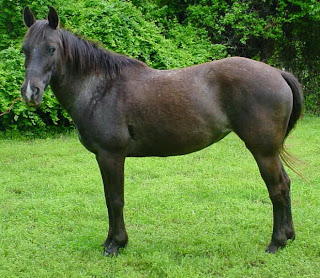 Name: Lady
Sire: Unknown
Dam: Unknown
Breed: Appaloosa cross
DOB: 1990
Height: 14hh
History: My dad traded an OTTB that I couldn't safely ride for Lady when I was ten years old.  I was so excited to have another horse I could ride on my own again (I only rode the OTTB double with dad).  She was amazing.  A well trained trail horse which is exactly what I wanted.  She taught me more than any of the horses I'd had before her (I started riding when I was five).  She was a bossy mare with an attitude, which clashed with my teenage angst, but we still loved each other.  I had her for twelve years before I had to give her to a friend because I was moving to a place with no land and I couldn't afford to board her.  He kept her until she died at the age of twenty eight years old.  She was so happy in her late years being a kid horse again like she was always meant to be. 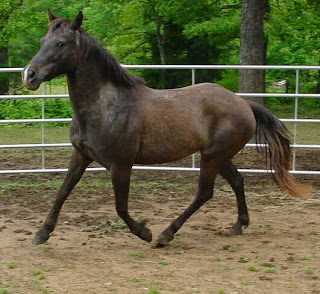 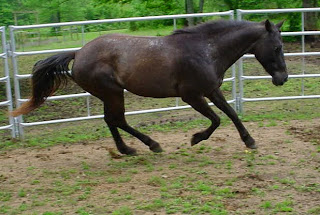 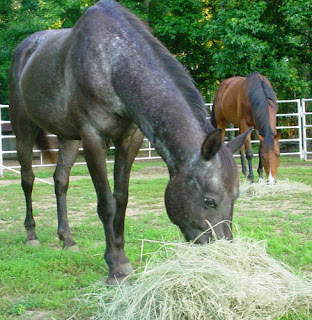 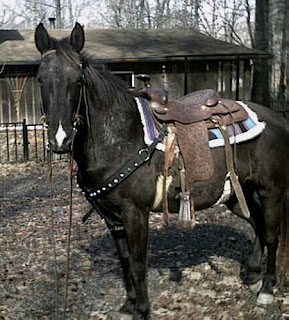 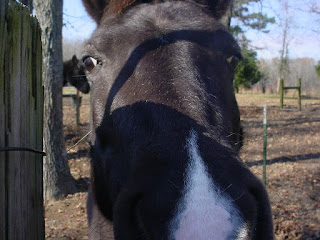 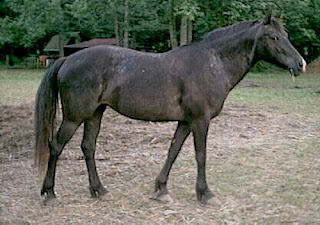 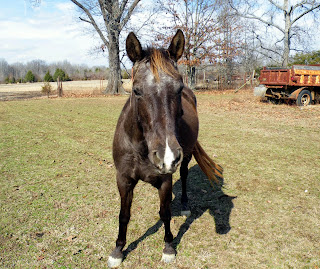 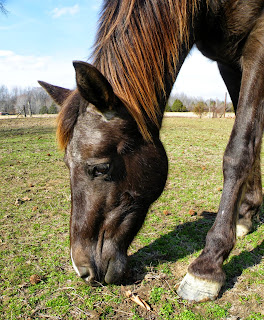 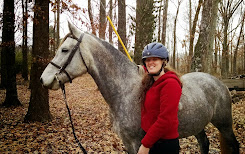 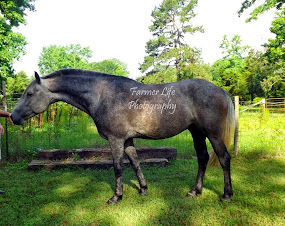 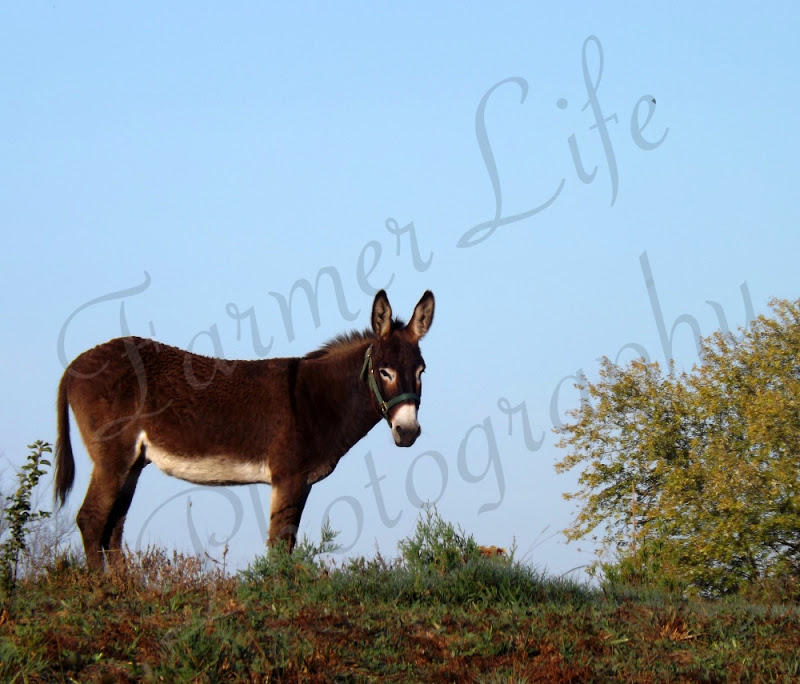 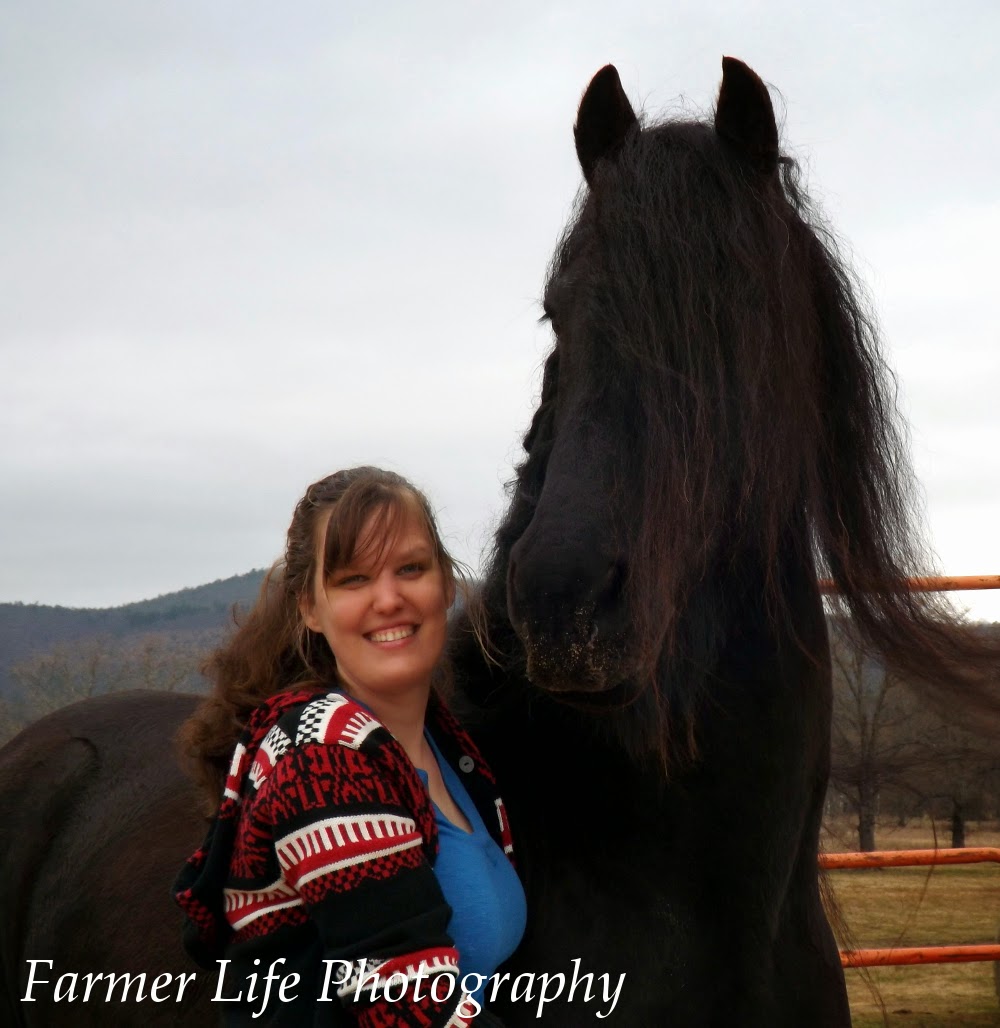